The Eticom™ system is proven to greatly reduce the cost of running your buildings and will usually produce a return on your investment in under 1 year. The savings mainly come from effortless control, thereby eradicating unnecessary waste and by reducing the operational costs for reading meters and billing tenants.

Our case studies are proof that our solutions work.

At this 20,000ft² new office and meeting space the owner needed a smart automated tenant billing and energy monitoring solution.

Situated just 200 hundred metres from Liverpool Town Hall. The property has a heat network without means to monitor tenants usage or costs incurred by tenants and apartment owners.

Take a look at these scenarios to see which solution applies to your business. 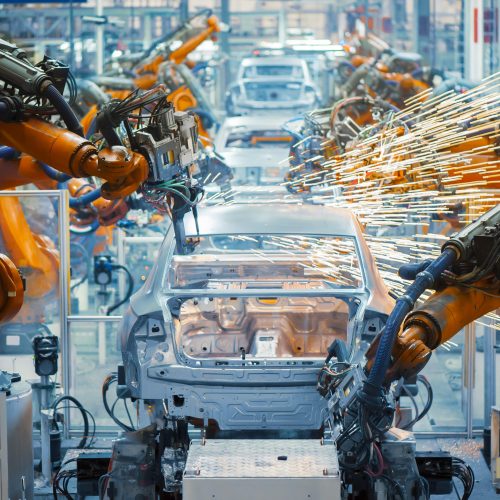 The building is 65,000 square foot, portal frame building with a 10,000 square foot mezzanine and two-story offices. Energy usage was £167,000 electricity including lighting, compressors, heating and printing machinery. The Gas usage was £32,000 per annum for space heating to the factory floor and central heating and hot water for hand washing and canteen.

What we found during the survey and initial monitoring was that the lighting installation was very old and needed lots of maintenance to repair and replace both the high-bay lighting and the fluorescent strip lighting in the finishing and packing area.

The company installed a complete new lighting system throughout the premises including LED Lightboxes to all offices and single story spaces with occupancy sensors and removal of all manual switches, the high bay sodium lighting was replaced with LED strip lighting, again with occupancy sensors and sunlight level controls after replacing the roof light panels. All new lighting included a new emergency lighting installation with auto-detect compliance.

The total cost was £117,000 and was funded by a Carbon Trust Grant with a payback of under 3 years. Lighting levels were vastly improved, maintenance costs reduced by over 90%, unoccupied lighting costs virtually reduced to nil, except the exterior LED Security and Fire Exit lighting.

The air conditioning and radiator heating system were independent of each other with lots of manual adjustment of TRV’s and HVAC settings. Issues occurred where the heating and air con units were on and windows were open in the open plan office. Lights were left on throughout the building, in unoccupied areas. We fitted dual controls to eradicate double usage and suggested fitting 3M sun deflecting solar film be fitted to all windows which reduced sun penetration by <78%.

In the Plant Room we noticed that the very large immersion heater tank switch was left on constant and actually had a printed sign stating, “Do Not Turn Off”. Investigations showed that the secondary circulating pump had seized and the only way they could get point of use hot water to the washrooms was to leave it on. This had been left on for over 8-years and burned 100kw of electricity per hour at a cost of an average 7.8p. There had also been 5 replacements of the heating element at an average cost of £168. Total cost was £54,662 over 8-years. The cost of replacing and fitting a new pump was £1,340, a payback of under 6 days.

After initial monitoring we found that the two main compressors and the backup emergency compressor were constantly left on due to leaks in the network that increased the up to pressure time to <2 hours. We contracted engineers to repair the leaks and monitored the on/off times to match the working hours of 6am to 1pm, reducing electrical consumption by almost 40%.

The factory floor had 5 warm air heaters controlled individually and were constantly on when the two roller doors were also open. We fitted desktop controls and PVC strip curtains from a contractor to reduce the gas consumption by nearly 50%.

Overall energy costs were reduced to £79,000 for electricity and £19,000 for gas. Which proves that you can fix what you don’t know. The Eticom™ System provide sub-metering, monitoring, bill validation and overall building control with an exceptional ROI for our Customer. 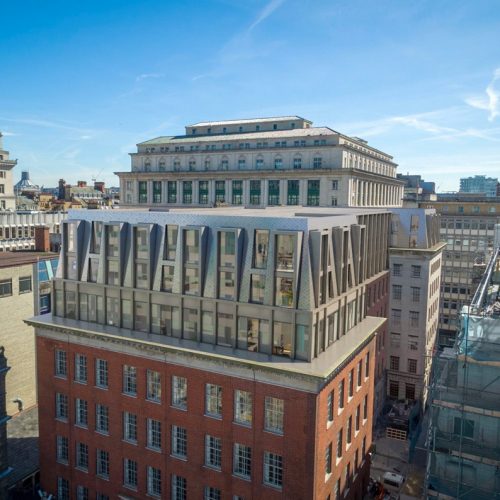 New build Residential multi-tenant building in Manchester with 220+ separate apartments on 25+ floors. Fitted with a bespoke Eticom Residential Cloud-Based System. The system monitors all energy usage and provides all tenants with utility bills for: heat network, electricity, water and broadband.

There is also a Community App for Tenants to control the energy in their own apartment and to pay bills for rent, service charge, broadband, electricity, water consumption and heat network charges from the Landlord. The Eticom Concierge App will be offered once construction is completed.

The Landlord buys all energy using our Pro-Active Tariff Checker, plus the provision of a Broadband Super-Fast Fibre Line and recharges the Tenants. The resulting revenue reduces the service charge for Tenants and provides the Landlord with revenue to recover the costs of the heat network: gas consumption, installation and maintenance, the Broadband installation and the Eticom Building Control System installation. 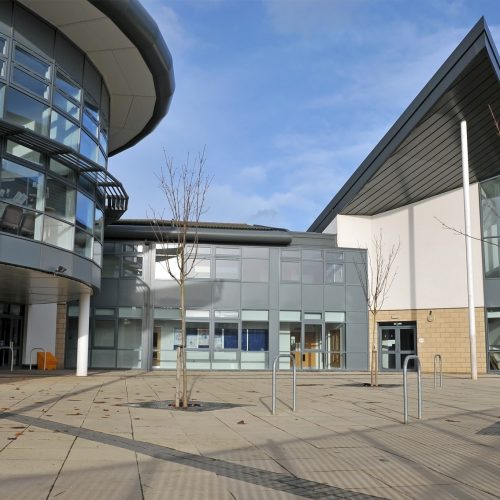 An all-inclusive multi tenanted, new, purpose-built accommodation block for 120 students in Liverpool. The system provides usage monitoring to measure the “fair use” policy for heat light & water. The Eticom Solution also offers and bills the broadband packages for 100mb or 300mb speeds to students and collects the monthly payments for the Landlord.

The system also monitors when the apartment is empty during the day, weekend, or holidays and the heating, hot water and/or lighting has been left on. It sends a message to the tenant to let them know that the building has returned to “sleep mode”. The Tenant can then activate the heating and hot water at a time in the future to ensure they are up to temperature by their expected return.

A recent enhancement has been the addition of an Eticom SmoothPower VO system to ensure clean electricity. The spikes in the main electricity supply was causing an unacceptable number of the LED lamps to fail, well below their expected life cycle. The unit eradicates, using voltage optimisation and filtering technology to regulate these spikes and as a result also reduces energy consumption by an average 16% giving a payback of less than 1-year. When you include the escalating cost of call-out and bulb replacement costs, the investment payback is even quicker. 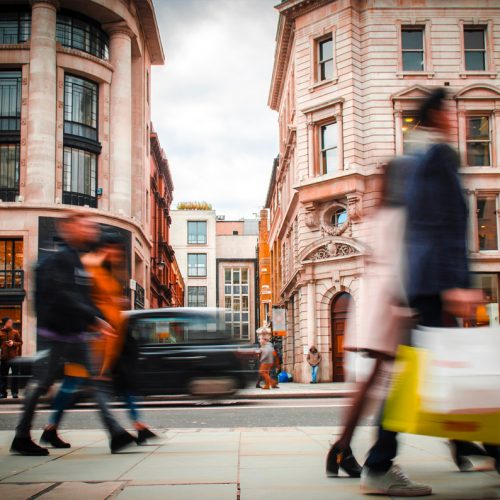 This retailer has approx. 100 stores mainly on retail parks. The Eticom System sets and controls the opening and closing times for the internal & external lighting, space heating temperature, water consumption and also monitors the energy consumption of the fridges to calculate efficiency and predict possible failures.

Energy is sourced in bulk, using Intelligent Pro-Active Sourcing provided by Eticom and costs are allocated to each store based on its actual usage for comparison purposes. Maintenance issues can be logged by store staff, and planned maintenance communicated to appropriate employees.

Head Office has full visibility of each store, on a daily, weekly, monthly and annual basis and compares actual versus budgeted energy costs. The data can be analysed by usage type, by store, by region, by county and for the total estate. The system automatically validates bills at each location from the Head Office using Eticom Desktop Software, there is no longer any need to read individual meters, at each location, on a monthly basis, saving operational costs for reading, inputting and validating data.

Warnings are communicated when the fridges are using excessive energy to maintain the pre-set temperature, which indicates an upcoming failure, or a propensity to fail, as the system had detected reduced efficiency, outside the pre-set parameters. 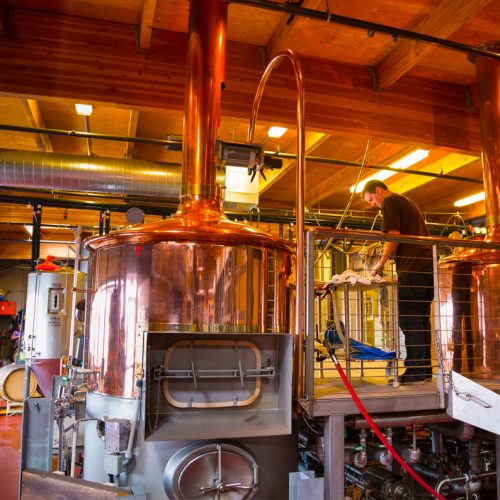 All this data is available using the Mobile App on a smartphone. 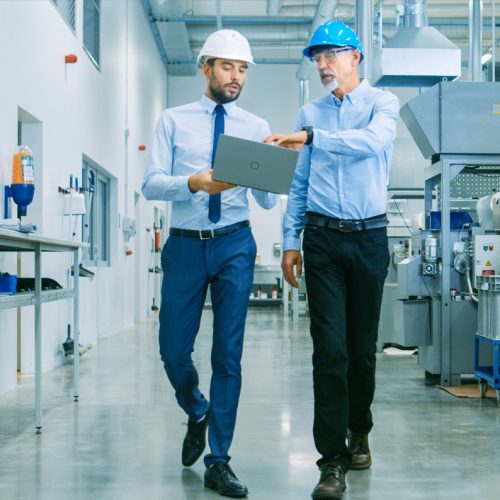 This Eticom System monitors and controls the usage of gas and electricity to offices and warehouse, controls the 6 x HVAC units in the offices, hot water to washrooms, the office lighting, 12 space heaters in the warehouse, roller door open warnings, warehouse lighting using long-range occupancy sensors, control of outside security lighting by time and light sensors.

Energy consumption prior to system installation: £267,000
After Installation energy costs reduced to: £218,000
Savings produced a system payback ROI of: 6 ½ months

Click on the button below, fill out your details and we'll get back to you with our proposed solutions. 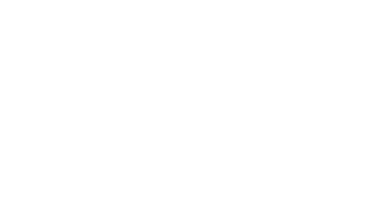